Meet The Off Leash K9 Team

Steven and Lindsey Ward are the owners and head trainers for Off Leash K9 Training Charlotte. They were both raised in a small town in Northern Virginia.

Lindsey grew up for a love of animals, begging to bring home whatever kind of animal her parents would allow. As a young adult, she worked with a variety of animals in different settings, including a pet superstore, horse stable, and county animal shelters. She started as an animal caretaker in the shelter and worked up to become a sworn Animal Control Officer. Lindsey is who will you are likely to speak to if you call or email us! She enjoys working with the owners, teaching them how to work with and implement the continuing training.

Steven always showed a passion for his family dogs. After school, Steve pursued a career in the family business as a Contractor in the State Department in Washington, DC. Steven is known as the behind the scene man, he enjoys working with the dogs in the board and train programs. He finds much reward in the aggressive/ reactive cases and seeing the dog’s transformation. Steve has the compassion and patience to see the dog’s potential and help it be obtained.

During Lindsey’s time as an Animal Control Officer, they adopted a Belgian Malinois mix, named Torque. They were introduced to Off Leash K9 Training when Torque completed the famous two-week board and train program at the headquarters location in Northern Virginia with founder Nick White. In 2014 they moved to the Charlotte area and have been doing obedience training since!

In Steve and Lindseys time off, they enjoy staying active. The couple loves wake surfing behind their Heyday wake boat, going to local asphalt and dirt races, snowboarding in the winter, and working out in the gym. 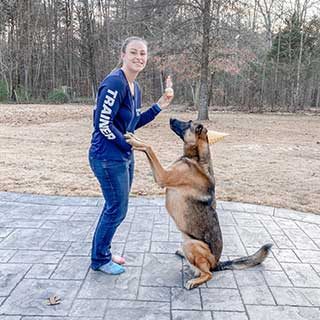 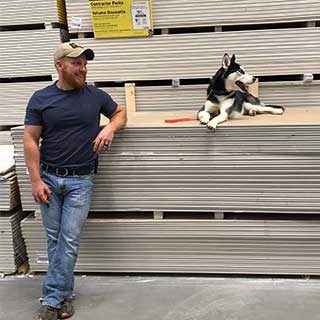 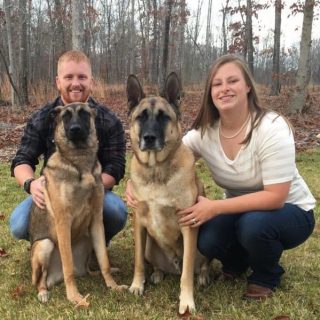 Storm was raised in Indian Trail, NC. She began her career with animals as a veterinary assistant working in emergency veterinary medicine in 2011. She quickly grew in that role and, for several years, was the lead technician for the intensive care unit at a nationally recognized veterinary specialty and emergency hospital.
Throughout this time, Storm always had a passion for behavior and training her personal dogs, friends’ dogs, and working as a canine behavior and enrichment specialist at a large scare animal rescue organization.
Storm left her career in veterinary medicine to pursue progressional dog training full time. She has been with Off Leash K9 Training, Charlotte since 2018. While Storm specializes in behavior modification, working with dogs with human aggression, dog aggression, and reactivity, she also enjoys public access training through engagement and training dogs to be reliable off-leash in the most distracting environments. The most rewarding aspect of her career is improving the lives of both humans and dogs through engagement, and enrichment by teaching both how to speak the same language with proper communication. 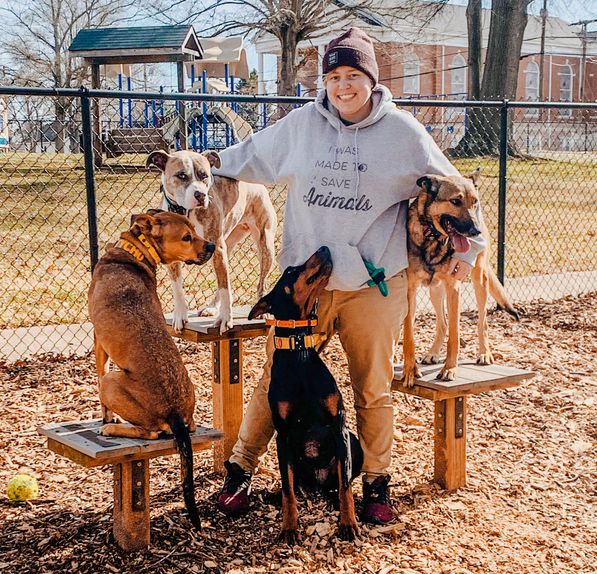 Emily is a North Carolina native. She began her veterinary career in emergency medicine in 2005 where she specialized in emergency, trauma, and exotic medicine for over 15 years. Emily left practicing in 2017 to pursue a career in animal advocacy and rescue work. Through her advocacy work, Emily fell in love with identifying and helping unwanted animals reach their full potential and find their forever homes.
Together with her wife Storm, Emily brings this passion to her training to help canines and their owners see and reach their true potential!
Emily enjoys working one on one with clients through lessons to help unleash this potential and teach clients proper communication. She enjoys helping anxious, timid pups become well-rounded confident dogs. 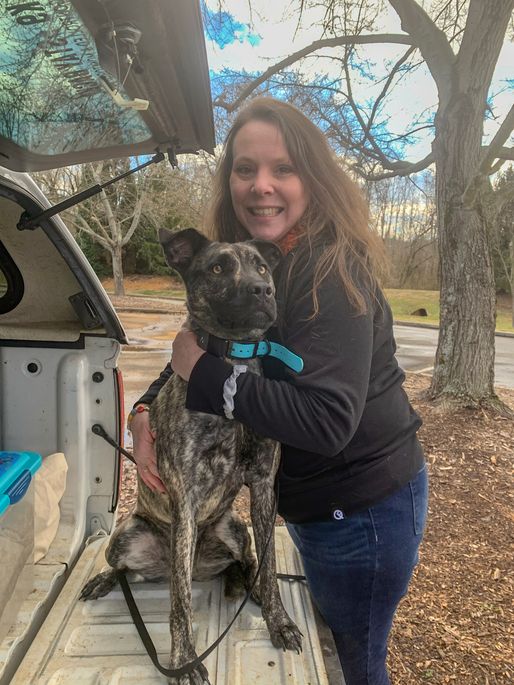 do you have questions for us?

Or Call us for a free consultation today!

About Off Leash K9 Training

Dog Trainers that Are Recognized Around The World!

Nick White is the Owner and Founder of Off Leash K9 Training.  Nick is a former US Marine and former US Secret Service. He currently has over 130+ dog training locations throughout the United States.

You can visit our YouTube Channel and watch over 1500+ before/after videos of Nick and his team’s work!  Off Leash K9 Training has more documented videos than any dog training business in the entire world!